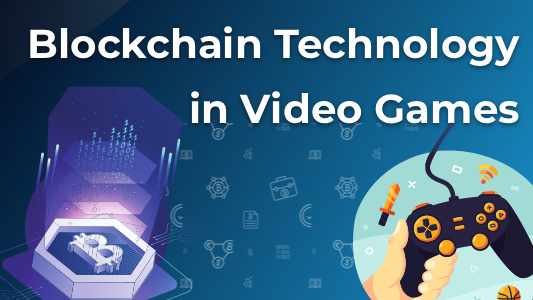 Blockchain technology has already proven itself useful in a wide variety of industries. And for a good reason. It adds immense value to any company’s work processes while boosting innovation and encouraging original ideas. And it also has the potential to enhance our gaming experience.

These days you can find many gaming apps already using the latest crypto solutions. That means that the numerous blockchain technology benefits are quite obvious to software developers, who have been eager to use the new tool. It allows creating some new possibilities for players like keeping the value of their purchases in the game or passing the assets over to another game. Blockchain also increases the trustworthiness in games like Bushido Code which data can be safely stored on the distributed ledger.

So as we’ve already seen many successful blockchain projects among mobile games, can we expect this new technology to completely change the gaming industry? Let’s take a closer look.

Blockchain, in a nutshell, is a digital ledger that’s put together by a distributed system. In most cases, the resource is financial, but you can create a ledger for any type of transaction data. And the most important feature in a blockchain is a log of the time and conditions of the transactions. What makes blockchain so secure is the fact that this log of metadata is unchangeable.

The main way blockchain technology is utilized in gaming is as a tool to handle in-game purchases. Let’s say you’ve won a large number of valuable assets, like swords or gold in the game, and you’d like to sell some of it off. Because blockchain is based on transaction-data, it gives other players a trustworthy way to purchase goods from you. It’s almost impossible to cheat with blockchain, and so it encourages buying, selling, and trading various assets in multiplayer online games.

And it gets even better. Blockchain allows you to create smart contracts to set the rules of your in-game tournaments. This way, all the participants can agree on the terms of the competition and play by the rules. The cool thing is that there are so many online tutorials that teach blockchain technology for beginners. Putting together smart contracts as a player can make you quite proficient in the crypto world. And that’s a valuable skill in 2020.

CryptoKitties is a great example of a game that’s blockchain in itself. The game is simple, you just breed and collect various cyber-cats. But it’s one of the first crypto apps that’s developed solely for fun. An upcoming 3D open-world game, the Age of Rust, is similarly created as the Ethereum blockchain.

The main challenges of online casinos have to do with issues around security. And blockchain can be used to boost betting safety by making the systems absolutely transparent. Any casino that would fully utilize blockchain could immediately boost its credibility and win new clients.

Every year we see new games coming out using blockchain technology, meaning that using crypto solutions is a trend that continues to grow. Blockchain can be used to arrange tournaments among players via smart contracts and handle the in-game purchases. What’s more, it makes every transaction more secure for the player and more cost-effective for the developer. What could be more important?

Blockchain technology is the future of gaming. Do you agree or not? Leave comments below, and let’s continue the discussion.

Author’s Bio: Alex Norwood is an experienced traveler and an online entrepreneur. He is very interested in technology and tries to implement it in his life. He runs a successful eCommerce business and is always on the lookout for new lucrative ways to make money online.

How do technologies lead you in the fast lane of post covid world?