Why the Spy App Market Is Growing So Rapidly?

When there is a rise in the rate of bullying at school, cyber bullying over the internet, an increase in the rate of depression among the people and a rise in the number if people that are being put on suicide watch every single day. This is then that when people are given a medium through which they can halt the progress of cyber bullying in its tracks get the people suffering from depression the help they need before it is too late which can indirectly reduce the number of people committing suicide watch list every day, people would definitely clamour, left right and centre to get their hands on such a thing. 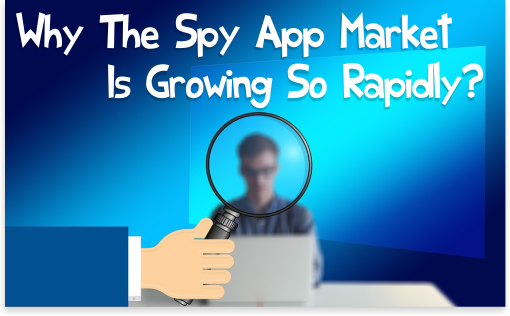 That is why, in the last few years, a 400% hike has been reported in the sale of spy applications courtesy of the number of apps being released every year and the demand of these apps by parents and other individuals that would like to keep their loved ones and the people of interest and target devices and hardware safe from harm.

Who Can Use Spy Apps?

One can understand from the name of the app alone that the creation of these apps were based on the fancy, state of the art gadgets being used by our favourite spies on the big screen and on television such as James Bond, Ethan Hunt, Jason Borne and many, many more.
When these apps were released, the intended targeted audience and clientele of these apps were a very exclusive set of people yet the app was exploited by every single Tom, Dick and Harry on the block. This app was purchased by groomers, kidnappers, stalkers with all sorts of nefarious intentions who used these apps illegally as a source of a means to their personally intended devious end. 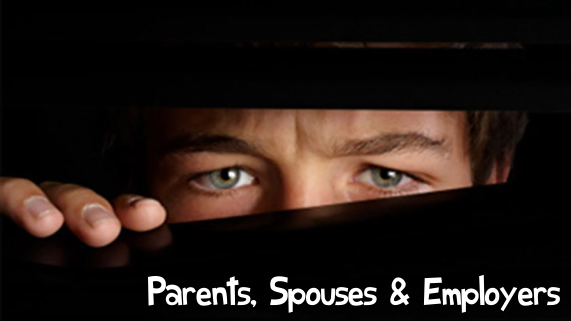 The intended people spy applications were truly created for are:

Dubbed as the “Parental Monitoring Application” to ease a parent’s conscience of all the guilt and the doubt created, courtesy of the word “spy” in the title of such apps. 40% of the users of the spy apps who would like to protect their children from all sorts of danger around them as well as from all sorts of danger that they may get into intentionally with a cavalier disregard of the bigger picture and their future.
These apps, from the prospective of a parent, allow them to;
·        Keep an eye on the calls being sent and received by the child to see if they are engaging in something that may have negative implications on their lives.
·        See who they are texting and who is texting them and receive complete logs of the entire transaction taking place both via SMS and instant messaging apps.
·        Restrict them from venturing off into the places marked restricted by you using GPS tracker. This way you can also know where they are at any given time.
·        Keep them from texting and driving and getting into an accident by their own carelessness to say a few.

There are two primary reasons for which a spouse uses spy apps:
·        To ensure that their other half is safe.
·        To ensure that their other half is not cheating on him or her.
The various features that were mentioned earlier are just as useful in this instance as they were before and help in any manner that you would like, whether it is to clear up your safety issues or more.

Employers can also make use of spy apps in a way that it would let them know:
·        If their employer is abusing the power given to them via all access free internet.
·        Using the internet and other services provided by the office for personal reasons.
·        Using the office provided phone to make private, long distance phone calls.
·        To use and steal office hardware and other things that they feel like for their personal use or to sell them off.

The things mentioned here are just a few instances where spy application can be quite useful. Seeing the number of uses that these things have can be incentive enough for people, concerned parents and others to purchase these apps, making the spy app market growing bigger every single day.
Author Bio:
Angelica Dowson is an exemplary writer when it comes to consultation on tech related issues. She works with TheOneSpy blog as a senior and active contributor to provide her experienced based researches. If you want to know more about her you can follow her on twitter @angelicadowson2