Uber is introducing some changes in its services, so the users have to modify the way they use the services. With this, Uber plans to sync the Uber raid-hailing service and UberEats together, by this Uber plans to deliver the ordered food to the customer’s location by the Uber cars. This service also aims to ensure the late night food delivery arrives the customers on time and also to ensure whether the customers reach home safely after spending their evening out. 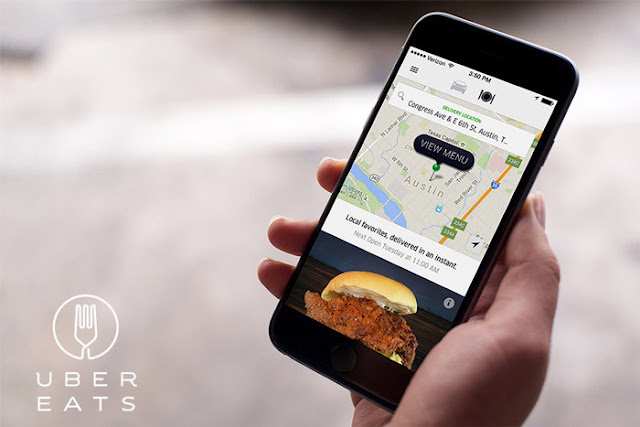 Let’s take a look at the process with the UberEats.

UberEats is the online food delivery service of Uber. In the United States, it was called as the fastest restaurant delivery service.
UberEats had been launched by the Uber in 2014. It was launched with the intention to offer a limited number of food items with high range and high quality restaurants.
One year after the launch of UberEats, Uber launched the expanded version of UberEats in 2015. This expanded version of UberEats increased the number of restaurants, delivery cars and food items to enter a wider range of food delivery market.
Basically, UberEats is the answer to the, what Uber can do with the food delivery service and it is also the competitor for Seamless, Foodler and GrubHub.
Since the day of launching, UberEats had been popular among the American cities and it was well reviewed too. Some people visit UberEats on the daily basis also.
After launching in some of the places of America, Toronto was the final city, where UberEats has arrived. Initially this stand-alone app was launched in Chicago, San Francisco and Houston and then it was launched in Los Angeles. Uber has promised that, it will launch UberEats in Atlanta, Dallas, Austin, Melbourne, Paris, New York, Seattle and Washington D.C.
The users can prefer food from any of the hundreds of restaurants in the area. From the menu available, the users can choose the food, which they need. UberEats offers services till 10 P.M every day. Uber will deliver the ordered food to the user’s doorstep within 30 minutes.
If the user selects the instant delivery, Uber will deliver the food within 10 minutes. During the weekdays, instant food will be delivered within 11 a.m. to 2 p.m.
The Product Manager of UberEats, Chetan Narain said that, ordering and delivering the food are two different experiences.
Uber has to follow few things to have the successful business. Uber drivers should not arrive too early to the restaurant and waste their time there, because they will be preparing the food by that time. And they can’t arrive too late, as the food will become cold. Uber uses its route mapping algorithms so that the drivers can reach at the correct time to the restaurants.
There is also a group of drivers who will be handling the UberEats deliveries and they differ from the drivers who pick up passengers for the ride.
According to Uber, partnership with the instantly delivering restaurants will require special arrangements for the delivery.
The orders for the restaurants will come through the app, and the drivers will arrive at the restaurants, they take food and deliver it to the customers. The details about how Uber and the partnered restaurants will share money is not described anywhere.

Ordering food from UberEats is simple. It is like ordering for the Uber ride or any other Uber service.  Steps to get the food delivered at the doorstep of the user are,
·        Open the Uber app, and slide it towards EATS, which will be on the right of the screen. This option will appear, if the user’s location is in the UberEats coverage area. UberEats will be denoted by a small plate, fork and knife icon.
·        Enter the delivery address and then select “view menu” option. Then the user has to select the food which they wish to order.
·        Then the meals will be waiting at the doorstep of the user within few minutes.
The system will allow the restaurants to make a variety of food, before the user makes an order. Delivery packages are distributed to all the active drivers, when the user makes a request via the app, the request will be sent to the driver who carries the food, which was requested by the user. By this way the UberEats works. 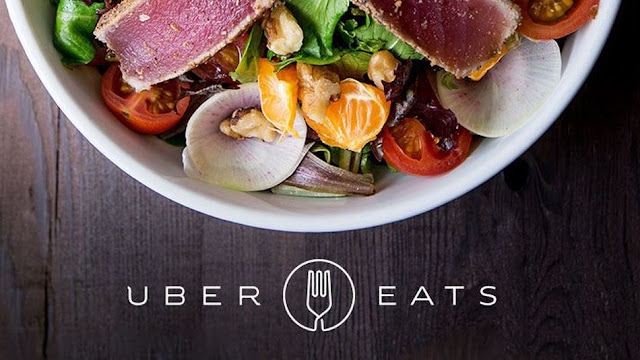 Uber car service and EATS works in the similar manner, only food and vehicles differ.
It is important for the user to check, whether UberEats falls within their coverage area, before making an order. Different cities have different time and different areas. For example, in New York City, UberEats will be available between 14th street and 59thstreet from 11am to 3pm.
UberEats drivers are requested to stay in their vehicles when delivering the food. When the food is close to the user’s location, they must come in front of that location and receive the ordered food. The food will be delivered at the doorstep of the user, but still they have to be on the street or outside the delivery location.

There will not be the same price for all the food items. Based on the menu selections the prices vary. Generally, they will be in the range of $8 to $13. And there will be the delivery fee for the order. The delivery rate for the UberEats in all the cities is $5. Although the user may order many food items, there will be a single delivery fee.
Tipping is optional in Uber. There is no restriction to the users that they should not give tips to the drivers, if the user wishes to give tips to the drivers they can give. And they must rate the Uber driver using the five star rating system. The driver must have the average of 4.6 rating to fit in the Uber.
The orders are not customizable on UberEats. This is because the meals are fixed and for the time being the orders can’t be changed. And the meals on the Uber will be delivered as advertised.

Drivers face some challenges while they work as the deliver personnel for UberEats. Delivering food is a new and logistical challenge.
Drivers have to take the frequent trips, sometimes there will be no chances for them to a   take rest. They will be busy all the time. And sometimes they will be in the situation of not delivering the meals on time, due to the traffic conditions, parking problems, etc.

People feel good about UberEats. Many users have said that, the services are speed, exceptional and efficient. And some users have complained about the lack of choice, menu options and customization options. And another common complaint is that, UberEats is costly.
Finally, UberEats is a good service, but it is not perfect. And it manages to deliver high quality food within the specified time. This service is more convenient than waiting in a restaurant to eat the ordered food. The quality and speed of UberEats has to be appreciated.