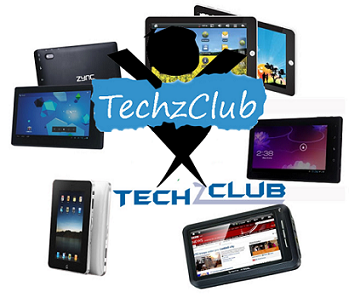 Tablet-raining here in Indian market! Amazed, one would surely be! The market has been flooded with an array of budgeted Android tablets hosting amazing features with a very transparent price tag. Undoubtedly, the people will soon be a tablet-savvy.
Its always been a matter of concern when you’re showing up to choose the best tablet without breaking your banks. How would you pick one you need? One that boasts incredible features, functions on the latest technology OS and comes handy both in your hands and your banks. Smartly tweaked with the latest features the Android tablets have always been an apple of the eye.
After scanning the entire market scenario, only a handful tablets came into the limelight that boasted all the features one would wish for plus, a smiling price tag!
Karbonn TA-Fone A37
The Karbonn TA-Fone A37 is a one such tablet that has managed holds its rank amongst the top five cheapest tablets. Featuring 7 inches capacitive touch display, the tablet also has sim card support for voice callings. The internal memory however mounts to 4 Gigabytes which can further be increased to 32 Gigabyte using external flash. Plus, it runs on the Android 4.1 OS, Jelly Bean. Inside the body, there’s 1 GHz dual-core processor paired with 512 MB RAM for smooth multi-tasking and immersive gaming experience makes sense.
Listed at Rs. 9,399 at naaptol.com

Videocon VT75C
Yet another member in the league comes from the house of an electronic giant, Videocon. The company has launched its tablet, Videocon VT75C with a fire-brand start. Aiming to have a hold of the largest sector of the market, i.e., the mid-ranged price sector, the manufacturer has priced its tablet quite low to pink-slip the rivals. Hosting a series of features like, large 7 inches capacitive touch screen powered by Android 4.1 Jelly Bean OS. Coring 1 GHz processor offers swift functioning and quick swapping between the applications.
Listed at Rs. 6,999 at naaptol.com

AOC Breeze
Making a debut in the tablet arena is one of the leading computer monitor manufacturing company, AOC. The company has launched it tablet by the name AOC Breeze which sports 7 inches TFT capacitive LCD display powered by 1.5GHz Dual Core ARM Cortex-A9 processor. The Android 4.1 Jelly Bean OS is smartly coupled with 1 Gigabyte RAM, the tablet stands as a best bet in this range. Adding to the delight, the tablet also features many goodies like 8GB internal storage with microSD card support, Wi-Fi, mini-HDMI, micro-USB ports and 3,000mAH battery life.
Listed at Rs. 12,600 at naaptol.com

Salora Protab HD
When it’s about the affordability, Salora Protab HD is the name to hear about. Standing as the first tablet launched by the company, Salora has taken utmost care to provide all the latest and the finest ingredients of technology. A tablet that brings 3G support, runs on the Android 4.1 Jelly Bean OS and a 1.2GHz ARM Cortex A9 processor together coupled with 1GB RAM makes this Fontab a must have. Sporting connectivity options like, Wi-Fi and USB, the tablet can make a tech savvy to break a breath.
Listed at Rs. 6,599 at naaptol.com

iBall Slide 6309i
The concluding member in the list is from iBall. Slide performance tablet was named as iBall Slide 6309i which boasted HD display, 1.2GHz ARM Cortex A9 processor, Android Jelly Bean OS and 3,000mAH battery to name a few. Featuring 2 Megapixel snapper at the rear and 2 Gigabytes of internal memory empowered click and store culture.
Listed at Rs. 5,699 at naaptol.com

Prior to this, there were times when only a handful people had an access to the tablet market but now the scenario has changed drastically. The overwhelming responses from the masses and the desire of many to owe an amazing device like this have brought down the tablets in reach of the common man. Amazingly, it’s no reason to be taken aback by the sudden fall of their prices with no compromise in quality. It’s the man’s desire and urge which made it go on.
About Author:
Piya Gogia is a well known author and has written articles on Tablet Pc, Dell Tablet, HCL ME Tablet V1 and many other subjects.