The Rise of Messaging Apps

The internet has undoubtedly made communication much easier. From message boards to email, to video and audio conferencing – people from all over the globe can contact each other without paying anything on top of their internet bill. 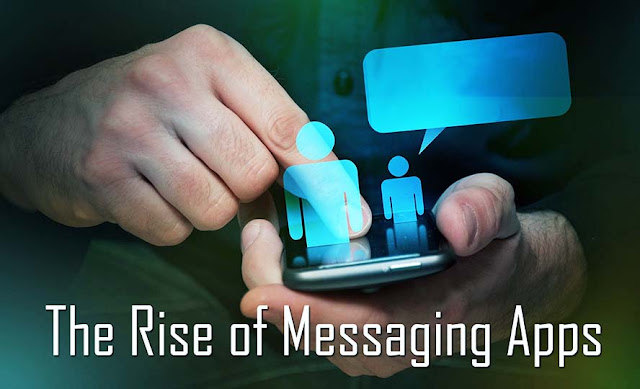 Today one of the most popular ways to communicate over the internet is with messaging apps for mobile devices. These can be traced to the instant messaging computer programs popular in the 90s and through to the 2000s, such as ICQ, AIM and MSN Messenger.
Today’s apps however are used by far more people. In fact, according to the new ‘5 biggest mobile apps’ infographic from Skilled.co, by 2018 a whopping 80% of smartphone users will be active on messaging apps. This is roughly 2 billion people – a huge rise from the 1.4 billion app users at the start of 2016.
But with such a meteoric rise, where did the concept come from? It turns out instant messaging was a thing before the World Wide Web was even created.
The boffins at the computer division of MIT invented something called the Compatible Time-Sharing System (CTSS) in 1961, which allowed up to 30 users to login to one operating system and send text based messages to one another.
Then in the 80s MIT used the UNIX operating system and brought together several different programs under a platform called Zephyr, which allowed users with a unique IP to chat in chat rooms not too different than what we saw in the 90s.
Another popular platform of the time was Internet Relay Chat, a protocol that could be used by several different clients to connect to different chat servers over the internet or a local network. It is still popular today.
Yet, it wouldn’t be until Israeli company Mirabilis developed ICQ (or I Seek You) in 1996, that the average personal computer user became familiar with instant messaging. AOL took things to another level with their own instant messaging program in 1997, and the likes of MSN Messenger inspired the next generation into the 2000s.
The rise of mobile devices has forced developers to leave these platforms behind and focus on apps that do much the same thing but with even more cool features. The Skilled.co infographic reveals that the 5 most popular apps are WhatsApp, Facebook Messenger, WeChat, Viber, and Japan – none of which existed before 2011.
They’ve introduced such advancements as in-app payments, transport booking, and immersive gaming and photo editing. China’s WeChat even lets you manage and pay household bills like electricity and the internet!
So what’s next? According to Facebook we may soon message our friends in virtual reality, thanks to the rise of headsets like Oculus and related technology. Early examples have been cartoon avatars, but eventually we might not even be able to tell the difference between ourselves in the real world and the virtual world.
Check out the full infographic from Skilled.co to learn more about the current messaging app landscape.