If you are a business entrepreneur, then it is not unlikely that you have had experiences where you were promised an incredible design but all you got was nothing but a mess. After the project got completed, what you realized was the fact that you had been taken advantage of and that thousands of dollars that you had invested were nothing but waste. 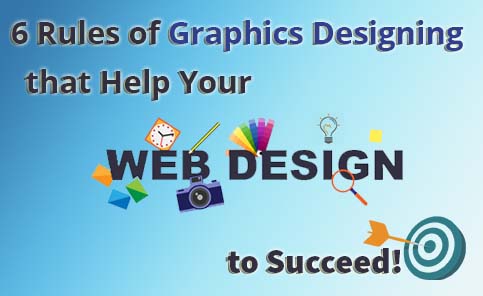 But in order to achieve a ground-breaking design and the full value for the money, you have to ensure that you have selected the right designer who follows some basic rules of graphic designing. Here some ground rules that you should follow as a graphic designer.
·        Do Not Stick to One Idea – At the time of beginning as a designer, you should make it a point not to fall in love with your design. It is said that it takes 100 bad ideas to come up with one great idea. That is why, as a designer, you should do a lot of designs and sketches to come up with the right idea. For this reason, it is advised that you should not stick to a particular design. Understand that many of your designs can end up in a trash. If you think that there are hundreds of corrections that are coming up from the client then it is better to start with a new design and discard the previous one.
·        Start with a Good Template – A template is equivalent to a building’s design. Bleeds, Trim Size, Margins are vital parts of the template and assist in giving consistency and uniformity in design. That is why make use of the templates for better results.
·        Remember that the Weaker Your Idea, The Better the Execution – This is applicable to a lot of creative fields. The stronger your idea, the more you can do away with the execution. Take for example the Google and the Twitter logo. Google got a weak logo initially, and it has been upgraded only in execution, while Twitter has a great logo right from the start. Though it has also upgraded its logo the original logo was so simple and yet so effective that even with poor execution it was a good logo.
·        Get Rid of Unnecessary Things – You must keep it in mind that simple design is one thing that does not fit in everything. But also understand that if something does not have a reason to be there then it should not be there. Your 100-year-old whiskey may sell fewer packages in a simplistic style. But that does not mean that your design should be complicated too. That is why the rule to be followed is that if something does not have a good reason to be there you should not put it there.
·        Your Audience’s Opinion Matters – Never try to justify your design as your client and audience has a bad taste or do not have any idea about typography, color therapy. If they do not know something then instead of judging it is your job to figure it out. Every designer wants clients who will pay them off more than they deserve, appreciate every design they make and so on. But there is also the concept of “bad client” who refuse to accept the design that you have created. This happens because they have a design in mind and yours does not match with it. That is why it is always suggested that you take your audience’s opinion seriously.
·        Master the Rules Prior to Breaking Them – All the rules of designs are there to make your designs better. They are little things that the designers have learned through their experience, through their trial and error, through successes and failures and so on.  These are called rules as applying them have proved to be beneficial to designers and clients time and again and also more effective. That is why the suggestion is that you should master the rules first and witness its success and pitfalls by yourself.  Then only you should attempt to break them to suit your own style.
The above are some of the most essential rules of graphic designing that help to make your web design a success. The professionals in the most reputed creative design agency have followed this rule and have achieved success. That is why these are staunchly recommended to all designers.

7 Dirty Myths about Freelance Writing People Still Believe Which are the First-Rated Factors to consider in Developing Mobile Apps?

Are you Designing an App? Golden UI/UX Rules to Remember