How spying software are trending in the markets?

Spying software were initially developed for military and intelligence agencies for security purposes. Today, the applications of mobile spying software extend beyond these reasons. The spyware industry also serves parents worried about their kids’ safety, jealous spouses to overcome their fear of infidelity, and also overbearing bosses who are concerned about corporate espionage. 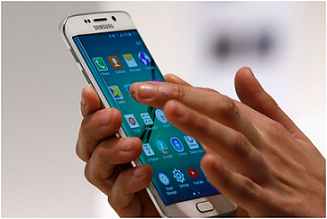 The new wave of innovation, spy apps, are a break-through for marketers. According to some analysts, these monitoring software are positioned somewhere between hype and disillusionment. These apps are no more a well-trod idea but a phenomenon that makes human imagination become reality. However, amongst much hype and excitement, such a technology still has a long journey ahead towards mass adoption.
Mobile spyware trends – Facts and Figures
Proliferation of tech gadgets have made a huge impact on our lives. Though it may seem as invasion of privacy but the prevalence of social evils has resulted in mainstream usage of mobile monitoring software. The dark side of the internet has been exposed which can have traumatic effects on the lives of kids and adults alike.
Since 89% of the Americans owned smartphones for personal use in 2016, they are prone to engage in evil around them, as per Ofcomconsumer research. Internet accessibility in these mobile devices have allowed people to visit multiple websites and apps. According to a report, there is a rise in the volume of texting among teenagers due to the increase the communication channels. It was reported that in 2010, an average of 60 messages were sent by a teenager. The number is doubled by now.
Studies also show that the rise of social networking channels require people to provide their personal information which can then be used by bullies, scammers, or online predators to harass them. In order to avoid becoming the next victim, people rely on spy apps.
The above facts and figures are there to validate the effectiveness of spyware technology since the balancing act of handling the technology is both difficult and nuanced. And we as parents, spouses, and employers have to constantly face this struggle.
Reasons for increase in the trends of spy apps
Why have the mobile spying trend sped up? What actually pushes a person to monitor someone? There are a plenty of things you need to take into account for the welfare of your family or business. How a mobile monitoring software is utilized determines its usefulness in the long-run.
Due to globalization and technological advancement, mobile spying has increased rapidly. The number of potential users have had an exponential rise because of the heart’s ease provided by monitoring via spy apps. Here are some of the reasons why this modern technology is being used with a sense of urgency.
1.          Conduct business from anywhere
Due to the turbulent nature of businesses today, firms come up new management techniques that can help in the growth. Employee management can either mar or contribute towards business prosperity. Today, businesses are conducted on a global scale, which means that fincanical consultants might be in New York, the IT sector might be in Bangalore, and the owner himself might be in Europe. Such a long-distance business can easily be conducted due to monitoring tools such as xnspy.com. The app enables the employer to keep a tab on his employees so that they do not waste the valuable company time. Daily schedule of the employees is monitored and the suspect of data theft or leakage confidential company information can be caught by checking his message and mail correspondence and monitoring his calls.
2.          Track the stolen phone
The word ‘spy’ is mostly used in negative connotation but it is often used for security and safety. Since phone thefts are on the rise, any of your family member’s phone can be stolen. It might have their personal photos or data that could be used by blackmailers later. If you have a spy app like xnspy installed in your target’s phone, you can remotely command the control panel to wipe data or block certain apps so that it remains nothing more than a machine.
3.          Protection of mobile data
Nowadays, most people conduct business and other activities online. Emergence of M-commerce has caused people to do banking, shopping, etc. all via online apps. Therefore, a phone may contain important passcodes, bank details, or biometric prints. Some hacker might access your target phone to obtain their personal information which can result in monetary losses. So a spy app needs to be installed in order to lock the phone screen or take Live-screenshots, etc. Through GPS tracking, you can also retrieve the stolen phone from the thieves.
4.          Online safety of teens and tweens
The reported number of crimesagainst kids such as sexual harassment, cyberbullying, suicides, abduction, etc. have caused parents to lose their sleep at night. They worry for their child’s safety and there is a nagging uncertainty about what is going on in their child’s life. Since kids have a carefree nature, they can easily venture into the wilds of internet without thinking of the consequences. xnspy enables parents to keep a track of their kids’ communication platforms including WhatsApp, Skype, iMessages, etc. along with monitoring their social media activities to figure out their every move.
Conclusion
It is wrong to generalize that all reasons to use spy apps are unethical and illegal. In some cases, these are used as a necessity. Today, the number of cases for spy app usage are increasing in volume. This advanced monitoring tool with its unlimited features has become more than human fantasy.