So you want to play a few Android games on your PC, so you just download the first emulator that pops up in your Google search results, download it and start playing. Sounds simple enough, right? Well, things are a little more complicated than that.
Whit so many things slowing your computer down (if you’re a Windows user, then you probably know just how much the last update can affect your performance) you don’t want to use anything that can drag your performance down any more. 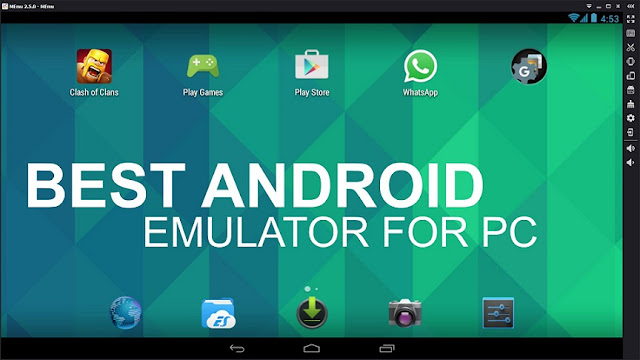 Well, the problem is, if you download the wrong emulator, it can and most chances are, will slow your down the performance of your PC. And, if you actively use a PureVPN to play some online games and protect your data, your machine will be basically unusable.
A bad emulator can overload your PC so much, that you might be forced to turn off some of your protection software (like the aforementioned VPN) in order to prevent your PC from freezing over and over. So in order to help you run your Android games easily, here are four best emulators for PC.

The first entry on our list is a completely free emulator (it has no additional paid options like some other picks on the list) simply called Andy. When it first came out, the emulator did have a couple of problems, but with every subsequent update, the developers managed to improve the software and design a really good emulator.

It pretty much runs every Android game on the market, but that’s not all – it also runs launchers productivity games, and even enables you to install root access if needed. And while you may experience some technical difficulties during the installation process (the app isn’t perfect), it’s still completely free, and works very well.

The next emulator we have to recommend is called droid4x and we have to say that it’s an interesting choice. It runs in a similar fashion like our first pick, plus the performance and productivity are almost exactly the same. But only a couple of months before this post, we wouldn’t recommend droid4x, but thankfully, some major improvements were made during that time. 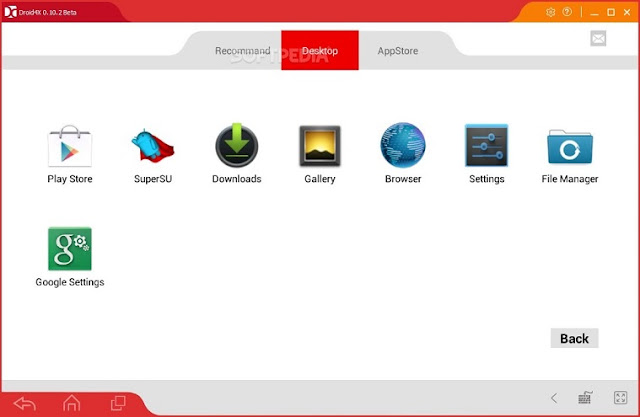 But what really separates this particular emulator from the rest is a number of add-ons it has. For example, you have an app that al and lows you to control games on your PC with your mobile device. This means that you can play Asphalt 8 on your computer, while using your phone to control your vehicle in the game.

Genymotion is something different then the first two apps we presented on our list because it’s more geared toward young developers who want to test their smartphone apps and games. The emulator allows them to have a test run on a number of different devices, without actually being required to own the said devices. 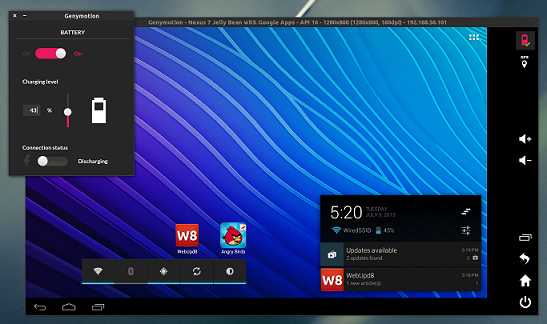 It allows you to run a great number of devices, with different versions of Android if you want to cater your new app to a couple of different versions of the OS. You can also switch between these virtual devices at will. But if you want to have all of these features, you’ll have to pay for it, but if you strictly want to for personal use (in other words, to play games) you also have a free version.

And finally, we have one of the newer emulators on the market. And until recently, KoPlayer managed to fly under the radar of most emulator users. This is another piece of software made with gamers in mind. So if you choose to use it, you’ll have a number of interesting features such as the ability to use keymapping to emulate a game controller with your keyboard. 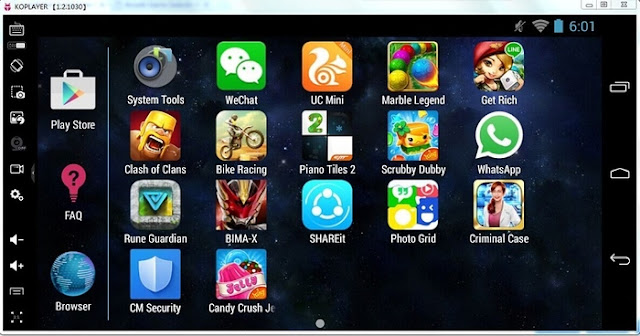 And if you want to record let’s plays and upload them on YouTube, you can easily do it within the app. Of course, not everything is perfect and like most emulators we have today, it has a few issues that you may run into at random. But just like Andy, this emulator is completely free, with no in-app purchase options, so it’s definitely worth a shot.

And there you have it – those are some of the best free and paid android emulators for your Windows-powered machine. The list was quite short, which doesn’t mean that these are the only good emulators out there today, we simply didn’t want to overwhelm any reader with too much information.
So if we missed some of your favorites, or you think that some of the pick aren’t up to par with software you use, make sure to leave a comment in the comment section and tell us all about it. By Adam Ferraresi

Adam lives in Dallas, Texas, has a successful career in web development and is trusted writer of wefollowtech.com. He is twenty three years old, and when he’s not concocting some new interesting articles, he loves playing basketball and cooking for his friends.

US markets lead to wreck due to China’s elite drift on apps How to create safer virtual environment with Hoverwatch tracker?